Anywhere in the world, if someone is being harassed or abused, a bystander should do something about it. A bystander who is trained in the Green Dot violence prevention strategy absolutely must step forward, be the one person who speaks up, and do the right thing.

Tonight in Florence, Italy, my students and I were standing on Ponte Alle Grazie filming a video clip and just generally goofing off. Today was our last day of classes in the EKU Study Abroad program with the Accademia Europea di Firenze, and tonight we battled the heat to spread the evening across the sky to the horizon, defying the boundary of our month in Italy.

As we planned our video and created more blooper than keeper reels, we suddenly heard and saw a different pattern in traffic on the bridge. One student said, “Hey! That motorcycle just drove into a group of people!” The rest of us turned toward the direction of a motorcycle whose driver was idling, then speeding up the bike, inching uncomfortably close to the curb. A woman walked briskly on the sidewalk alongside the bike, and we heard them disagreeing about something. We assumed they were a fighting couple, but as they came closer to us, we realized they weren’t a couple at all. The driver was attempting to persuade the pedestrian to ride on the back of his bike, and she clearly didn’t want to take his offer. As they neared the end of the bridge, they left our sight.

Then we saw the motorcycle returning with two riders. The woman behind the driver was not the one we’d seen resisting him only a few minutes before. The eleven onlookers from Kentucky made various comments about the driver’s predatory behavior, but none of us did anything. I heard one of my students say, “Why didn’t anyone in that group he almost hit try to protect the woman?” Another said, “He’s just driving up and down the bridge trying to pick up women!” Another: “That other woman was brave!”

Green Dot is all about empowering bystanders to respond, to intervene, to seek some way of stopping or preventing violence from occurring. Our culture tells us to be silent, not to interrupt someone else’s business, to ignore what’s happening when we see a tense scene. In the Green Dot system, that tense scene is a red dot.

Any action to stop or prevent violence is a green dot. The many bystanders in the immediate environment around a scene of violence have two choices: they can ignore the violence, or they can intervene. If they choose to intervene, they have three creative routes:

Active Green Dot bystanders must overcome their own fears and burst through any socialized walls that say, “Don’t act.” Tonight, as I watched the cyclist drive slowly and talk to his young female passenger, the culturally encoded dialogue of action/inaction ran through my mind:

Instead of taking the easy way out and resuming my attempt to film the introduction to our group video, I looked toward the now stopped motorcycle. I paced over to the couple and stood on the sidewalk facing them. I got the woman’s attention, and the conversation went something like this:

As the guy drove away from the curb, he kept looking back at me, eyes vaguely threatening. I maintained my “teacher face” and probably stood in Wonder Woman pose. One of my students said, “I hope she gets off that bike.” Another: “He’s going to get another woman after her.”

We didn’t see the bike again, but perhaps the predator changed his turf to one of the other bridges. Perhaps he did keeping playing his predatory tricks. It’s my hope that I helped one woman, that she got off the bike at the next stop sign, that he now knows a stranger caught on to his criminal behavior, and that he now realizes not everyone is a silent, frozen witness.

Still, it took every bit of courage I could muster to walk up to these strangers and confront them. I wasn’t a hero; I was just an ordinary bystander. With Italy’s rate of domestic violence and men’s blatant sense of entitlement and impunity, someone had to speak up to let this perpetrator know that his behavior is more than a blip on the Florence radar, appearing then disappearing with equal speed. With hope, his harassment won’t become more pernicious, more subtle. But maybe one woman is safe tonight because of a strange American woman’s words. 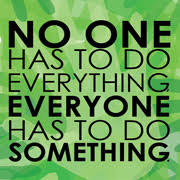